Morning lovelies! Today I am delighted to have the author, of The New Mrs. Clifton, Elizabeth Buchan tell us where her concept for The New Mrs Clifton comes from.

Before we get to that, how about we see what the synopsis has to tell us! 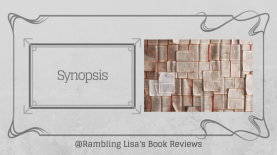 As the Second World War draws to a close, Intelligence Officer Gus Clifton surprises his sisters at their London home. But an even greater shock is the woman he brings with him, Krista – the German wife whom he has married secretly in Berlin.

Krista is clearly devastated by her experiences at the hands of the British and their allies – all but broken by horrors she cannot share. But Gus’s sisters can only see the enemy their brother has brought under their roof. And their friend Nella, Gus’s beautiful, loyal fiancée, cannot understand what made Gus change his mind about their marriage. What hold does Krista have over their honourable and upright Gus? And how can the three women get her out of their home, their future, their England?

Haunted by passion, betrayal, and misunderstanding these damaged souls are propelled towards a spectacular resolution. Krista has lost her country, her people, her identity, and the ties that bind her to Gus hold more tightly than the sisters can ever understand… 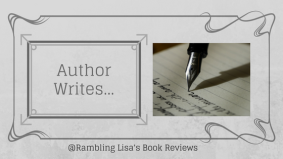 “Just after the Second World War, my aunt married a German who she had met before its outbreak. While I was not around, I imagine it caused shock waves on both sides of the family. For The New Mrs Clifton, I decided to reverse the situation and have Gus, an intelligence officer, returning from Berlin in 1945 to his family house in London with a German bride. Bound up in tension and mystery, the story is built around one crucial question: why has he done this? While reading, you will find the answer is a lot to do with what war does to men and women, both on the battlefield and on the home front. Good people do dreadful things in war, however well intentioned. How to live life as a normal person again after such experiences is a problem which Gus, Krista and the rest of the family must face.”

Remember to visit the other blogs taking part in this book tour. I want to wish Elizabeth all the best with her new book! 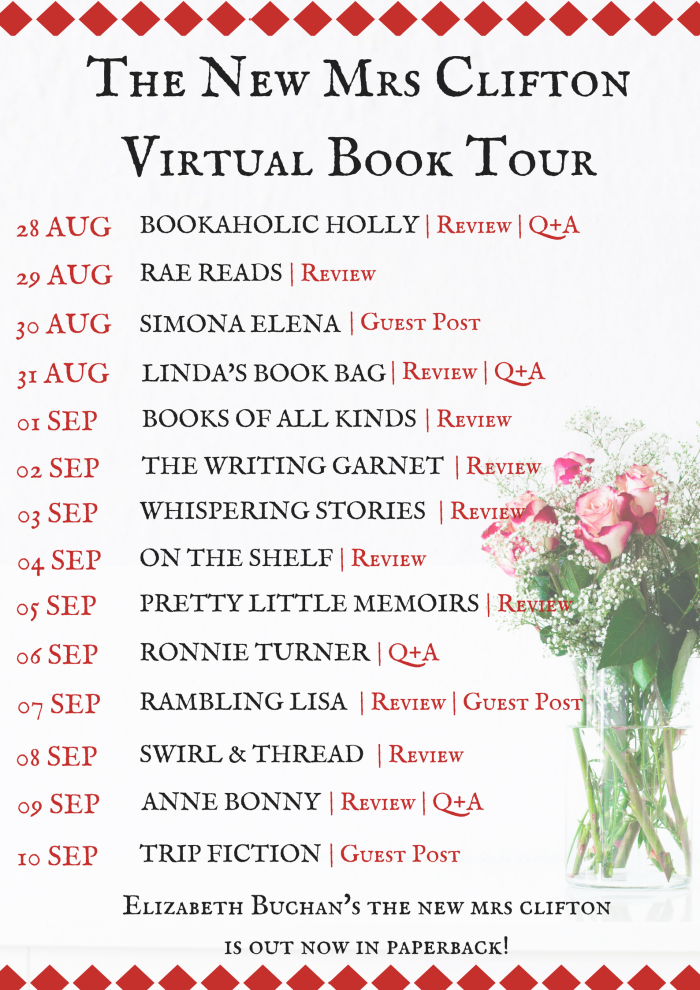 N.B. I know that I am listed as hosting a review as well as a guest post, this is a misprint but I will, hopefully, be reviewing at a later date.

Have a great day folks!

One thought on “#BlogTour #GuestPost The New Mrs. Clifton by Elizabeth Buchan @elizabethbuchan”