I am so happy to say that today is my turn on the book tour for Seven Hours by Angelina Kerner along with ItaPixie’s Book Corner.

One pill every 7 hours. That could be all it takes to give Chanel the chance to finally see the world around her.

Chanel is an independent 19-year-old, despite what her overprotective mother and senator father may think. Being the daughter of a Senator comes with its own problems, one simple afternoon out with friends becomes overwhelming when they’re swarmed by reporters.

Keeping the secret of the experimental treatment close to her chest, she is able to fool everyone but her hawkeyed bodyguard, Leon, that has now been assigned to protect her.

Chanel doesn’t want a bodyguard, but will she get more than she bargained for? 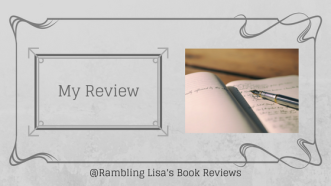 I don’t want to describe this book as cute or sweet but it really was. Chanel has been blind from birth and is taking experimental treatment to help her to see. I loved the idea of this book, it took a very real situation that people deal with every day and turned it into a delightful read. I really want to tell you all about this book but it will give it all away.

This is really well written, delicately handled and an all round beautiful novella.

So here we are, twice inside a week I have read women’s fiction, which I don’t generally read, and have enjoyed it!

Angelina Kerner, a Pisces, was born during the Chinese astrological year of the Snake, which she absolutely adores. Angelina loves snakes and was once allowed to feed one a rat. That was an experience of a lifetime.

She moved around during her young years from Novosibirsk to Kaluga in Russia. Finally settling in the San Francisco Bay Area, California, her teenage years were spent dancing in troupes and performing on stage. The dances ranged from waltz to tango, from Jewish to Russian, and finally belly dance. She was accepted into six out of seven universities and decided to stay close to her family. Angelina pursued a psychology degree unti

l she saw graduates working for Starbucks and then decided to pursue another career path in the Department of Social Sciences. The difficult coursework, her job, and finding her life partner inspired her to turn to writing which, at the time, wasn’t so much a hobby as a way to escape daily routine.

She worked on countless stories, never really finishing them, but came to understand that flash fiction wasn’t for her. After finding an online community where she met her best friend, her writing flourished, making publication a possible next step. She is now the author of Deity’s Soulmate, a fantasy novel for 18 and over, and of Seven Hours: Challenge Accepted, a chick-lit novella where the main character is disabled. She aspires to publish her other fantasy and crime fiction works soon. Her next project involves a competition for a beautiful Phoenix. That novel will, hopefully, make its debut in 2018. Angelina currently divides her time between her family, work, writing, and a lot of cats. She is super excited because her son was born in February 2017.