In this relentlessly paced novel of psychological suspense, New York Times bestselling author Michelle Richmond crafts an intense and shocking tale that asks: How far would you go to protect your marriage?

Newlyweds Alice and Jake are a picture-perfect couple. Alice, once a singer in a well-known rock band, is now a successful lawyer. Jake is a partner in an up-and-coming psychology practice. Their life together holds endless possibilities. After receiving an enticing wedding gift from one of Alice’s prominent clients, they decide to join an exclusive and mysterious group known only as The Pact.

The goal of The Pact seems simple: to keep marriages happy and intact. And most of its rules make sense. Always answer the phone when your spouse calls. Exchange thoughtful gifts monthly. Plan a trip together once per quarter. . . . Never mention The Pact to anyone.

Alice and Jake are initially seduced by the glamorous parties, the sense of community, their widening social circle of like-minded couples. And then one of them breaks the rules. The young lovers are about to discover that for adherents to The Pact, membership, like marriage, is for life. And The Pact will go to any lengths to enforce that rule. For Jake and Alice, the marriage of their dreams is about to become their worst nightmare. 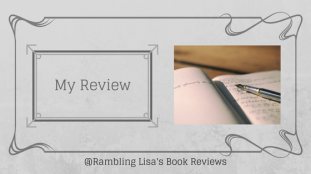 In theory, The Pact seemed like a wonderful idea to the point of where I thought it was something I would join….in the beginning!!

At times I loved this book and at other times I was screaming at it (only in my head because I am not a lunitic…shush don’t let on that you know I am).  Being from Northern Ireland I loved when they stated that The Pact had started on Rathlin Island, made me giggle that somewhere so insignificant could have been featured in this book. That’s the point though, it is such an insignificant place and yet something so prolific came from it.

Here we have two newlyweds embarking on their journey together and handed the chance to keep their journey lasting forever yet everything they do is monitored. They are constantly being judged by this committee of people and penalised for ‘making mistakes’. These mistakes are small, as small as Rathlin is on a map. I mean they are so insignificant that most married couples wouldn’t notice or if they did they could work through the problem yet here we have Alice and Jake being tormented for their actions. So what if you have to work extra hours, you can make it up to your spouse at another point.

The idea of gifts every month is wonderful but trust me, in almost 15 yrs of being married I swear if my husband was routinely getting me a gift because he felt obliged I can’t say I would miss it if he forgot a month and I know I dislike the idea of HAVING TO buy a gift because someone else said it must be done. And don’t get me started on the number of trips a year The Pact states they must take, I know either my husband or I would end up being killed over that one!!

This is a wonderfully written book that not only shows us the value of the freedom which we have but also shows us not to take our relationships for granted. Buy him his favourite aftershave just because you think he will like it, pick her a bunch of wildflowers just to see her smile. It is the simple things that make a marriage work but when something huge comes along try your hardest to work through it…you never know if there could be a cult out there monitoring your actions!

I want to say thank you to NetGalley and publisher Penguin/Michael Joseph for my advanced ecopy of The Marriage Pact. My opinions are my own.

Thank you for stopping by my Goodreads page! I grew up in Mobile, Alabama, the middle of three sisters. After attending the University of Alabama, I worked a number of odd jobs around the South before enrolling in the MFA program in creative writing at the University of Miami. From Miami I moved to New York City, and finally to San Francisco with my husband in 1999. I’ve published four novels, including The Year of Fog, and two story collections. My new novel, THE MARRIAGE PACT, will be out in July.

THE MARRIAGE PACT is a psychological thriller about a young professional couple who get caught up in a worldwide marriage cult that promises them a happy, lasting marriage. When I set out to write The Marriage Pact, I wanted to do something I hadn’t tried before. I had to let go of all of my notions of “what would I do?” and just let the characters be themselves and get into all kinds of trouble.

If your book club is reading THE MARRIAGE PACT, you can download The Pact party guide at http://themarriagepact.net.

I like to write about ordinary people in crisis: a kidnapping (The Year of Fog), a hostage situation (Golden State), a decades-old murder that became a true crime sensation (No One You Know), and now THE MARRIAGE PACT. I enjoy pushing characters past the limits of everyday life, seeing how they react to trauma and, in the case of THE MARRIAGE PACT, to a threat much bigger and more powerful than themselves. One of the things I find challenging and exciting about writing fiction is allowing my characters to act in questionable ways that make sense to them at the moment. Characters, like children, need the freedom to make their own bad decisions.

My novels are often set in San Francisco and the Bay Area, where I’ve made my home, but my stories and novels also take inspiration from many of the places I’ve lived and traveled. My story collection HUM (2014) features Americans caught up in espionage, surveillance, and all manner of marital crimes.

If you love discovering new books, or if you’ve enjoyed any of my books, I’d love to send you my author newsletter! It includes notes on what I’m reading, dispatches from the writing life, and book giveaways. You can sign up for the newsletter at http://michellerichmond.com.

Back story: I knew I wanted to be a writer for almost as long as I can remember, way back when I was a kid growing up in Alabama. I used to write skits to perform for my parents with my two sisters. After graduating from a huge public school in downtown Mobile, I studied journalism and creative writing at the University of Alabama, then worked in advertising, as well as in restaurants and a tanning salon (!) for a few years before enrolling in an MFA program in creative writing. I bounced around the South for a while and lived in New York City for a couple of years, with a brief work stint in Beijing, before settling in Northern California in 1999. I’ve been writing here in the fog ever since.

My first book, The Girl in the Fall-Away Dress was a short story collection that I wrote during my years waitressing and doing other odd jobs in Knoxville and Atlanta. My first novel, Dream of the Blue Room, was inspired by my time in Beijing. My second novel, The Year of Fog, gathered many rejections before being acquired by a young editor at Bantam. The Year of Fog was a life-changing book in that in allowed me to connect with readers in ways I’d never quite imagined, and it gave me the freedom to pursue writing full time. Writing is my dream job. It’s a job I do alone in a quiet room, but because it allows me to connect with readers, it never feels lonely.

4 thoughts on “#Review The Marriage Pact by Michelle Richmond @michellerichmon”