Single-mother Florida bounty hunter Lori Anderson’s got an ocean of trouble on her hands. Her daughter Dakota is safe, but her cancer is threatening a comeback, and Lori needs JT – Dakota’s daddy and the man who taught Lori everything – alive and kicking. Problem is, he’s behind bars, and heading for death row.
Desperate to save him, Lori does a deal, taking on off-the-books job from shady FBI agent Alex Monroe. Bring back on-the-run felon, Gibson ‘The Fish’ Fletcher, and JT walks free. Following Fletcher from Florida to California, Lori teams up with local bounty hunter Dez McGregor and his team. But Dez works very differently to Lori, and the tension between them threatens to put the whole job in danger.
With Monroe pressuring Lori for results, the clock ticking on JT’s life, and nothing about the Fletcher case adding up, Lori’s hitting walls at every turn. But this is one job she’s got to get right, or she’ll lose everything…Breathlessly paced, and bursting with high-voltage action and edge-of-yourseat jeopardy, Deep Blue Trouble is the unmissable next instalment featuring one of the most memorable and fearless female characters in crime fiction.

‘This is a good one – fast, confident, and suspenseful. My kind of book’
Lee Child • ‘With a Stephanie Plum-style protagonist in bounty hunter
Lori, Deep Down Dead has a Midnight Run feel to it, but much darker.
Really, really good’ Ian Rankin • ‘Read some great debuts this year but
Deep Down Dead is a real cracker. Steph Broadribb kicks ass, as does
her ace protagonist Lori Anderson!’ Mark Billingham • ‘Deep Down
Dead is a blast of a book – fast-paced, engaging and hugely entertaining’
Simon Toyne • ‘Romping entertainment that moves faster than a
bullet’ Sunday Express • ‘A whirlwind of a thriller’ Sunday People • ‘A
punchy and powerful adventure that will leave you wanting more’
Mirror • ‘Draws in readers like a magnet’ Burnley Gazette • ‘A
promising debut, delivered with energy and colour’ Financial Times

Steph Broadribb was born in Birmingham and grew up in Buckinghamshire. Most of her working life has been spent between the UK and USA. As her alter ego – Crime Thriller Girl – she indulges her love of all things crime fiction by blogging at http://www.crimethrillergirl.com, where she interviews authors and reviews the latest releases. 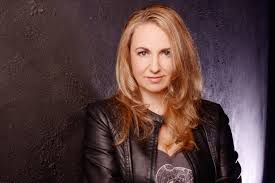 Steph is an alumni of the MA in Creative Writing (Crime Fiction) at City University London, and she trained as a bounty hunter in California. She lives in Buckinghamshire surrounded by

horses, cows and chickens. Her debut thriller, Deep Down Dead, was shortlisted for the Dead Good Reader Awards in two categories, and hit number one on the UK and AU kindle charts. 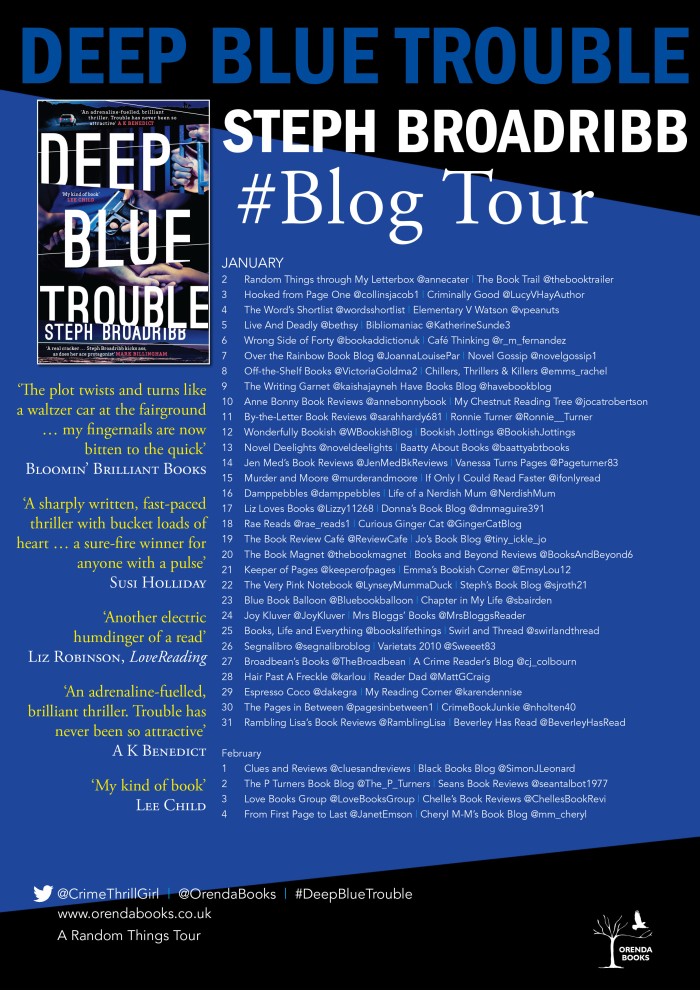