A couple of weeks ago I had the pleasure of bringing you an excerpt from the latest book by beautiful soul known as Alison Brodie – Zenka. If you haven’t read the excerpt then click here to take a gander. Zenka is out on Monday (6th November) and I urge you all to get it ordered TODAY!

Zenka is a Hungarian pole-dancer with a dark past.

When cranky London mob boss, Jack Murray, saves her life she vows to become his guardian angel – whether he likes it or not.  Happily, she now has easy access to pistols and shotguns.

Jack learns he has a son, Nicholas, a male nurse with a heart of gold.  Problem is, Nicholas is a wimp.

Zenka takes charges.  Using her feminine wiles and gangland contacts, she aims to turn Nicholas into a son any self-respecting crime boss would be proud of.  And she succeeds!

Nicholas transforms from pussycat to mad dog, falls in love with Zenka, and finds out where the bodies are buried – because he buries them.  He’s learning fast that sometimes you have to kill, or be killed.

As his life becomes more terrifying, questions have to be asked:

How do you tell a crime boss you don’t want to be his son?

And is Zenka really who she says she is?

5*  “Top of my list for best fiction this year” – Lauren Sapala, WriteCity 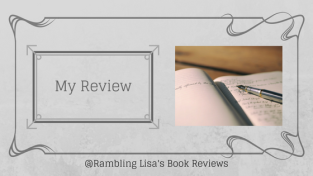 I started off reading Zenka by dipping in and out while my daughter slept after her surgery and my first thoughts on Zenka as a person were that “I want to be mates with her” and “She has to share her wigs with me!”

As a redhead, it was wonderful to read about a redheaded bad ass! I remember thinking she was actually a blonde as her hair and name, on the cover, were the same colour. When I said to Alison that I thought this she told me she is a redhead but wears wigs to suit her moods….that was me, I needed her in my life as I wear wigs to suit my moods too!

I did expect her to be more prominent in the story but if it wasn’t for her there wouldn’t be a story. She was the engine driving it all, even if no one knew it!

There are a number of characters, not mentioned in the synopsis, but one sticks in my mind (I refuse to name who, read to find out!) who was a horrid person. They didn’t get what they were promised and, in turn, acted out. OK, they weren’t a child stomping their foot but it really was that type of a situation. I really just wanted to grab this person and give them a big hug. I believe, regardless of what they were involved with, that this person really had the potential to have been a better person. My mothering instincts really kicked in when it came to this person.

I am not even going to mention the Jack/Nicholas situation because that one was so complex and I could see both sides and feel their pains…I am starting to think I wanted to coddle almost everyone…..

As Zenka would talk her speech pattern was visible to us, it vas vonderful, which made her more real. As the story progressed we would (vould) read letters that she had sent to her friend and they would be written as if she was speaking due to the letters being replaced. I loved the letters, helped to see who she was in her heart. When her backstory was revealed I honestly shed a tear.

The dynamics between the characters are elegantly written and the self-discoveries that take place are exceptionally realistic.  I saw the whole thing play out in my mind as if it were happening right in front of me. My heart broke for some of the characters, I snorted at others and then there was one in particular….I am surprised my eyes didn’t get stuck in the ‘rolled back’ position!

I completely recommend Zenka to anyone regardless of what your usual genre is as there is a bit of everything to suit everyone. I look forward to reading more of Alison’s work!

Ok so now this is where you go and order the book!

Alison Brodie is a Scot, with French Huguenot ancestors on her mother’s side.

Brodie is an international, best-selling author.  Her books have been published by Hodder & Stoughton (UK), Heyne (Germany) and Unieboek (Holland).  Reviews for her debut, FACE TO FACE:  “Fun to snuggle up with” –GOOD HOUSEKEEPING Pick of the Paperbacks.

Brodie has now gone “indie”.  Here are some editorial reviews for her recent books.

THE DOUBLE:   “Proof of her genius in writing fiction” -San Francisco Book Review.

ZENKA  (to be released 6 Nov, 2017):  “ZENKA is top of my list for best fiction this year.  If Tina Fey and Simon Pegg got together to write a dark and hilarious mobster story with a happy ending, ZENKA would be the result.”  -Lauren Sapala, WriteCity

One thought on “#Review Zenka by Alison Brodie @alisonbrodie2”