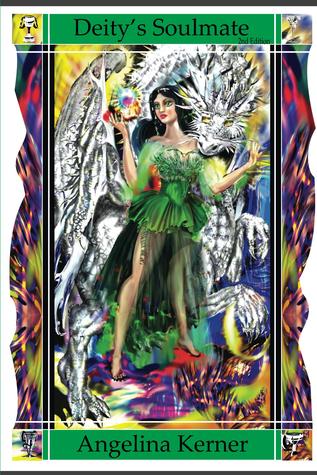 From author Angelina Kerner (Seven Hours: Challenge Accepted) comes an all-new fantasy series about Gardenia, a daughter of Athena, and her 100 years of coursework on how to create whole new worlds and subjects of her own.

A sheltered school child in a realm of condescending gods and goddesses, Gardenia goes to Earth on a dare to witness the unsavory side of mankind for herself. Believing she can do better, she undertakes the formation of an entire galaxy, but without permission from Zeus.

Zeus disciplines her by assigning an epic 13-fold creational lesson destined to take her a century to complete. But he is taken aback once more when she makes an odd choice. She vows to fulfill this knowledge quest by tracking down a lost race of dragons, and discovering the secrets they’ve kept since time began.

Searching the universe to meet even one dragon may be a fool’s errand, but that’s the least of her worries. For ancient wartime resentments linger between the nations of dragons and deities, and some dragons would attack Gardenia on sight!

Yet she ventures out undaunted, learning unexpected things about nomadic life, tender love, and mortal peril along the way. The biggest surprise of all, though, goes by the name of Ri. Ri may be the man of her dreams, the voice in her head, the dragon she’s seeking, or all these things and more…

Meanwhile, the Fates brew sordid plans of their own and Hera jealously sets traps and trials for Gardenia at every chance. What’s a young goddess to do? Flight or fight?

To celebrate the anniversary of Deity’s Soulmate, the author is giving away 3 digital copies of her latest book Follow the Snowflakes!

a Rafflecopter giveaway
About the Author

ANGELINA KERNER is a self-published author of paranormal and lighthearted romance. She’s the wife of a photographer/physicist, and the mother of a cute little toddler, but she’s also been a dancer, a psychologist, an anthropologist, a geographer, a dreamer, and an adventurer. She does her best writing while being bothered by her cats, taking care of her son, in dressing rooms while waiting for family to try on clothing, and at home in sunny California. Angelina loves to play goddess-dragon matchmaker, transporting readers to a place where young goddesses have lovable flaws, the Fates plan to dethrone, the universe is endless and untamed, and dragons roam free! She also loves to write carefree romance where one can finish reading with a smile.