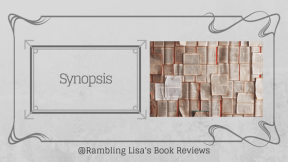 A summer that changes everything…

Frazzled workaholic Evie Johnson has finally had enough! When she’s blamed for a publicity disaster at the art gallery she loves, she decides to flee the bright lights of London for the sun-drenched shores of Corfu and turn her life upside-down.

Under the shade of the olive trees, she picks up her dusty paintbrushes and begins to chase the dreams she had put aside for so long. But she never expected to bump into drop-dead-gorgeous Sam Bradbury – and certainly not whilst wrapped only in a towel!

“Oh my G-d! Please tell me this isn’t happening!”

Evie stalked to the front door of James Bradbury Art and grabbed the envelope attached to the front of an enormous canvas wrapped in a protective coat of bubble wrap that had just been delivered by special courier.

“Calm down, Evie! Just watching you flap is giving me palpitations!” giggled Pippa.

“How can I slow down? This is the most important exhibition the gallery has ever handled. In less than an hour, all the great and the good of London’s venerable art world will be descending on our little corner of the capital expecting to be bowled over by the creative genius of Britain’s newest contemporary artist. Everything has to be perfect!”

Evie slid her scarlet fingernail along the flap and withdrew the unwelcome missive before scanning the contents. She opened her mouth to object but no words tumbled forth. Her brain had temporarily disconnected from its modem and was refusing to register what her eyes were seeing. She felt a heavy fist of shock ram into her solar plexus, stealing her breath away, and a ripple of nausea threatened to overwhelm her.

“Oh for heaven’s sake! This really is the final straw. The arrogant, self-centred…”

“What’s the matter? What does it say?”

“It’s from Jaxx Benson, our esteemed debut artist. It looks like we’ve got just over fifty minutes to swap this canvas – which he has helpfully labelled ‘the centrepiece of the whole exhibition’ – with that one over there which we spent the best part of yesterday positioning as the previous so-called ‘star attraction’. Quick! Antoine, could you and Pierre take the ‘Muswell Musings’ canvas down and hide it in James’ office for the time being, then come back to help me and Pippa hang this one in its place? Hurry!”

As Pierre and Antoine rushed off to do as bid, their black waiters’ aprons flapping at their waists, Evie felt a surge of panic twist through her veins and sparkle out to her fingertips. A flush of perspiration gathered beneath her breasts and along her upper lip. She sent up a quick thank you to the gods of Estée Lauder for the staying power of her foundation and mascara.

She crouched down to tear away the cardboard armour from the late arrival, cursing the audacity of Jaxx Benson – heart throb and lead singer of one of the hottest bands in the country who had decided to turn his hand to painting – for thinking it was okay to demand such a late substitution. She allowed her thoughts to whirl back over the hectic past few months during which she had spent twelve hours a day at the beck-and-call of the art world’s latest sensation until her nerves were frazzled and frayed.

How about entering this lovely giveaway for £10 (UK only) book voucher that can be used in any high street book shop! 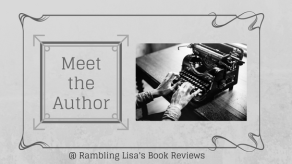 Daisy James is a Yorkshire girl transplanted to the north east of England. She loves writing stories with strong heroines and swift-flowing plotlines. When not scribbling away in her peppermint-and-green summer house (garden shed), she spends her time sifting flour and sprinkling sugar and edible glitter. Her husband and young son were willing samplers of her baking creations which were triple-tested for her debut novel, The Runaway Bridesmaid. She loves gossiping with friends over a glass of something pink and 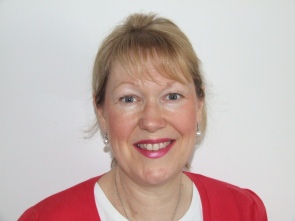 fizzy or indulging in a spot of afternoon tea – china plates and teacups are a must.