So a couple of days ago I was meant to post a review but being the dunderhead that I am I had written down the wrong date and had not gotten round to reading the book, instead I hosted an excerpt from The Dark Isle and today we have my review!

You can read the last post here. As I have already posted the synopsis and buying links on the previous post there is no need for me to put them here as well, however, if you would like to read it first then feel free to pop on over and check that post out before going any further. 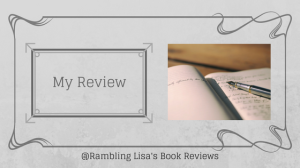 Before I go any further I want to point out that this is the third book in the Sam Coyle Trilogy, however, I found it perfectly acceptable as a standalone.

I loved this book! It takes place during two timelines, late 1970’s and late 1980’s and given I grew up then it was fab to be reminded of silly things. Two of the things that made me giggle were profiteroles were seen as posh and black coffee, no sugar. I remember when profiteroles were only ever seen in restaurants and when I would order them it felt like a real treat. I had actually forgotten that I used to drink my coffee black with no sugar until I read this. I fell into the fad of milky coffee drinks and other than an espresso I have never gone back but I must say I might just have to give the black a go again as this reminded me. Anyways, enough reminiscing about my long lost youth!

I remember a lot of things that took place in this story, the most prominent being the Cold War. I remember the fall of the Iron Curtain and watching it unfold on the television. I found that being able to remember things from when the story takes place helped me immerse myself fully into the story. I adore the whole MI5, MI6, KGB etc spy aspect of the story and how double crossing took place just like you would imagine spies to behave. It is like the characters had immersed themselves so heavily into their cover stories that they no longer knew what was real and what was fake in their lives. Sam Coyle is

Sam Coyle is a magnificent character and is phenomenally written. The dynamics between her and the other characters, particularly Anna, were fantastic. I found the twists and turns, that the story took, wonderful. I honestly believe that anyone who likes to read anything involving spies and the world around them will love this book. Top marks all round!

I want to say a massive thank you to Head of Zeus for asking me to be a part of this blog tour. 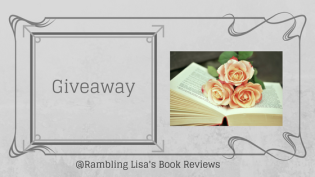 So what could be better than a good book? Owning a copy of that book! I have a giveaway for 2 hardback copies of The Dark Isle so go click the button to enter!

Leave a Reply to RamblingLisa x