I am so excited to bring this extract to you all for Clare Carson’s blog tour for the 3rd book in her Sam Coyle Trilogy! Little side note, I am a bimbo! Explanation – I was meant to do a review, however, I put it in my diary for August not July but I will be bringing a review ASAP! 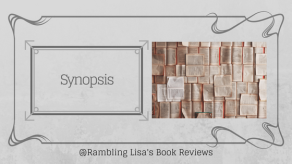 Sam grew up in the shadow of the secret state. Her father was an undercover agent, full of tall stories about tradecraft and traitors. Then he died, killed in the line of duty.

Now Sam has travelled to Hoy, in Orkney, to piece together the puzzle of her father’s past. Haunted by echoes of childhood holidays, Sam is sure the truth lies buried here, somewhere.

What she finds is a tiny island of dramatic skies, swooping birds, rugged sea stacks and just four hundred people. An island remote enough to shelter someone who doesn’t want to be found. An island small enough to keep a secret… 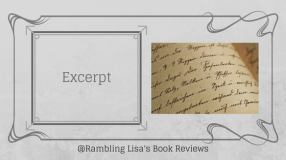 THERE WAS NO shade and it was way too hot for a bike ride. She wished she’d stayed at home – but her sisters had told her to eff off when she had stuck her head around Helen’s door to see if she could join them. Liz had taken their side, urged her to find something to do by herself. She pressed her weight on the pedals, calf muscles aching, throat dry, forced the Raleigh up the hill, past the Rock and Fountain, the line of mock Tudor piles with long drives and high privet hedges guarding green lawns. Rotten Row, Jim called it. How come the hose restrictions didn’t apply to them? That was the worst thing about the drought as far as she was concerned: no sprinkler in the back garden, no running through the cool spray, squelching wet grass between her toes. It wasn’t fair. The front wheel wobbled. She was sweating but she didn’t want to take her hands off the handlebars to wipe her face, she had to keep going until she reached the top. She couldn’t give in. Under the pylon cables, sighing in the still air, past the donkeys looking sad in their makeshift animal rescue centre. Out of breath, jelly legs. Finally, the summit. The very end of London, the dirty rim; the silver stream of the bypass heat-hazy in the distance and beyond that, the green belt. But this was still the edgelands, the neither here nor there.

She turned the bike around and hurtled down the hill, faster and faster, freewheeling, almost losing control around the bends. She reached the bottom, the bike slowing as it hit the far slope of the dip, and wondered whether she could be bothered to cycle back to the top so she could repeat the exhilaration of the descent. She couldn’t. She pootled along the level, swerved right into the road that led back home. A car overtook. Brown Cortina. Jim. He had been away for months. He often disappeared, doing whatever stupid things it was that he did for his secret job that they weren’t supposed to talk about, but he had been gone for longer than usual this time, leaving them to swelter. And now he was home without warning. He pulled in ahead. She cycled up beside the door. He wound the window down, his wiry black hair plastered to his forehead.

‘Do you want to get yourself killed?’

‘Why don’t you use hand signals then?’

He hadn’t even said hello. ‘I do use hand signals.’

‘I didn’t realize there was a car behind me.’

He swerved away. She waited until he had disappeared, turned her bike around and pedalled furiously back up the steepness of the hill.

How about a clicking the button to enter the giveaway for one of 2 Hardback copies of The Dark Isle. This is open to UK & Ireland residents only.

Clare Carson is an anthropologist and works in international development, specialising in human rights. Her father was an undercover policeman in the 1970s.   She drew on her own experiences to create thecharacter of Sam, a rebellious eighteen year old who is nevertheless determined to make her father proud.