I am really pleased to be able to share an excerpt from Powerful – Tome 1: The Realm of Harcilor by the beautiful S. N. Lemoing. This girl is stunning and has achieved a lot for someone who is only 30 this year! 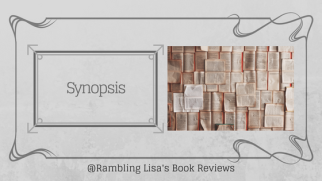 For twelve years, the power has been usurped at the Realm of Harcilor.
Cyr, an erudite, and his adopted son, Kaaz, have formed a secret school.Indeed, in this world, some people were born endowed with magical abilities: the Silarens.
However, it is not that easy to detect your own powers.
They will soon be joined by a mysterious young woman who will provide them with valuable information.

When Litar – the most powerful being of the realm – goes away for two months, they finally foresee the opportunity to act.
Can they win their freedom back? Will they make the right choices?

‘Powerful’ is the story of several protagonists living in a usurped kingdom, when one day, a young woman who had managed to escape before the throne was taken comes back. Back then, she was a child, and for about ten years she trained and discovered her magical powers. From now on, she will lead the resistant citizens into a new uprising, trying to keep their plan safe. Thanks to flashbacks, we also discover more things about their past, revealing secrets about each of them.I am currently writing the tome 2 of ‘Powerful’, half of the story will take place in an Asian medieval kingdom. There will be even more diverse characters.
I have graduated in Cinematography and English, I studied philosophy, literature and lately, at University, I had the chance to follow classes about the Image of Women in the Media as well as the Female Gaze: Women directors. I wrote and directed short films and episodes for 3 web series where I already brought out characters defying stereotypes. My 3rd novel ‘Shewolf’, which I’m also looking to translate into English, sold over 900 copies and stayed in the top 15 supernatural of Amazon for 5 months. 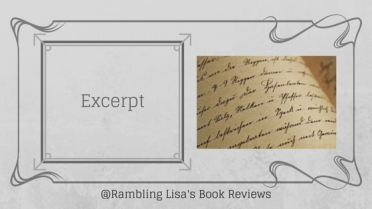 Some weeks after Geldir’s overthrow, Selna and her father settled in Kelumistaa, an eastern forest. It was one of the widest in the kingdom and one of the hilliest too. It was the perfect place to escape from the Guard.

To become unrecognisable, Pars had let his beard and hair grow. Both had become bushy and dotted with white which was not quite showing when he still had them short. He was not changing clothes any more: they were stained and torn by everyday work like wood cutting, and their colours faded. He, who was rather naturally plump, had already clearly got slimmer.

As to Selna, she was wearing a bonnet upon her long hair tied back in a braid. Her clothes and shoes were from lower quality as well.

Father and daughter established a tent made with fabrics and pine boards that he had bought at the heart of a village. Pain was showing upon his face, it made him age suddenly. It was even more difficult to recognise him.

Selna seemed sadder than usual while trying to endure their fate. She was doing everything to overcome this affliction as she could see how hard it was for her father to bear the death of Kolin.

What was to become of them? How would they get by with all of this? How would life be without her mother? She was thinking about all of these problems and tried to chase them from her mind as soon as possible. If she ventured to think about it, then she could never stop. It would result in a downward spiral.

She chose to keep in mind that her mother was perhaps not really gone, that she may return one day. After all, she was not there at the time of the facts. She had only been told the Chief of the Guardians had been defeated.

This would allow her to keep hope, to preserve her strength to care for her father and lift his spirits. She did not want to lose both her parents. She could see him sitting there, staring blankly. He hardly ate anything. The child had to force him to swallow his soup. From now on, her primary concerns were to take care of him and to learn how to develop her powers: they could be useful for the future.

To make him think of anything else, she was experimenting her abilities in front of him. While they were in their tent, she was standing in the middle of the room:

The little girl was wondering what she could think of to become invisible. She thought of her body moving without being seen. She was trying to think of it in an elementary manner, then more elaborately: she was discerning every part of her body, trying to feel something.

‘When I think about being invisible nothing happens,’ replied the child, disappointed.

‘It must be something else. Such as wind or air?’

This idea had not crossed her mind yet. This time, she imagined herself light as the wind, as if everything could cross her, then she waved her arms.

What was she supposed to do?

She turned around and stared at what was behind her: the canvas of the tent, piled logs and vegetable reserves.

She turned back to face her father who still looked absent-minded, then closed her eyes. In her mind, she remembered the images of what she had seen in her back.

‘No! You’re invisible at last!’ he exclaimed.

She reappeared and lowered her gaze to her feet.

‘But I can see myself’ replied the child.

‘Now, yes. But you were invisible for a moment. What did inspire you?’

‘I considered the setting as though paint was covering me from top to bottom. I imagined shapes and colours on me, as if I was part of it.’

‘Yes! I have to train to master it!’ she enthused. 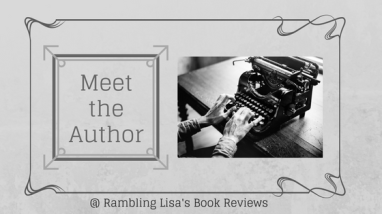 S. N. Lemoing was born in 1987 near Paris, France.
She worked as a PA for films and TV. She wrote, directed and produced episodes for 3 webseries and short films.The will to write without boundaries led her to become an independent author. Her first novel is POWERFUL – T1: The Realm of Harcilor, a fantasy novel acclaimed by more than 80 French literary bloggers.
Her second book is a sassy chick-lit ‘Mes 7 ex’ (My seven exes), and the 3rd one ‘SHEWOLF’, urban fantasy genre, has been read by 900+ readers.

Her work is mainly made up of badass heroines, diverse characters, fight and 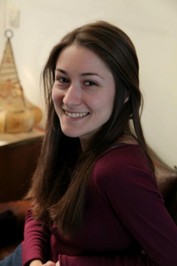